Foods to support your immune system

Our magazine columnist Dale Pinnock reveals which foods support your immune system – and it’s not what you’d expect!

Eating foods to support the immune system can help to keep us well and feeling healthy.  There can  be an armoury in your fridge to help – and some of these ingredients may surprise you.

Here we reveal the foods to eat to support your immune system.

Top up on zinc

At the first signs of a cold, what is the  one nutrient that most of the world  reaches for? Vitamin C, of course! It’s  the one that has the reputation for  stopping a cold in its tracks. However,  in clinical trials the picture is very  different indeed. The results from  many trials surrounding vitamin C  have been mixed, to say the least, and it seems that while the nutrient does support certain functions of the immune system, its capacity to fight infection is poor. However, there is one nutrient that clinical trials have shown to be a true powerhouse: zinc. That’s because zinc is used by our white blood cells to code genes that actually control the way in which these cells tackle pathogens, ensuring the right responses are delivered in the right way, with efficiency.

One ingredient that can have a profound influence on immune function is certain types of mushroom. And top of the crop is the shiitake mushroom. This is because they contain a special type of highly complex sugar called a polysaccharide, that can directly influence the immune system.

There is one nutrient that clinical trials have shown to be a true powerhouse: zinc

These sugars are unusual in that they don’t actually get absorbed through the digestive tract, but still influence the immune system. They interact with specialised tissues in the gut called Peyer’s patches. These contain a high number of white blood cells that are constantly monitoring gut contents and relaying this information to the rest of the immune system.

When the mushroom polysaccharides come into contact with these patches, the white blood cells that dwell there appear to mistake them for sugars displayed on the outer surface of bacteria. They send alarm signals, via chemical messages, to the rest of the immune system. This causes an increase in  the production of key white blood cell types, such as natural killer cells and phagocytic cells. In turn, this leads to a notable increase in the number of white blood cells on hand to fight infection faster and more aggressively.

Other ingredients to support you through a cold Goji berries: These contain polysaccharides similar to those found in shiitake mushrooms.

Ginger: This helps to ease inflammation of the mucous membranes, which can ease breathing and that ‘bunged up’ feeling.

Garlic: This contains volatile oils (responsible for the smell) that can kill some bugs in the respiratory tract.

Chilli: This contains capsaicin that has a decongestant effect. Have you ever eaten something spicy and your nose started to run? 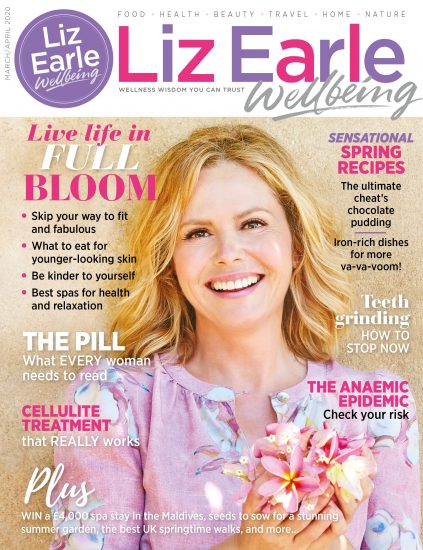