Discover the beauty benefits of honey

Not only does it taste good, but honey is also fantastic for our skin – both inside and out. It has antibacterial, antifungal and antiviral properties, as well as being highly moisturising. The best honey comes from your local producer – and don’t think that this rule doesn’t count if you live in a town or city, urban bees are thriving and often produce the most delicious honey!

Thanks to its sugar content, honey has a hygroscopic nature – meaning that it absorbs moisture from the air when put on the skin. This means that water will not be able to escape, and gives honey its moisturising effect. Honey makes an effective non-drying, non-irritating skin cleanser, especially useful for very sensitive skin. Simply rub into the skin, rinse off with warm water and pat the skin dry.

Clinical observations show that honey, thanks to its antibacterial, antifungal and antiviral properties, can be effective in treating minor cuts and grazes, insect bites and even skin conditions such as eczema and athlete’s foot. When bees make honey, they produce an enzyme called hydrogen peroxide which kills most strains of harmful bacteria and fungi – lowering the risk of these sort of infections occurring in the hive. Applying runny honey to minor cuts and grazes also creates a protective barrier over the wound and, thanks to its high sugar content, it is also thought to reduce inflammation.

A hive of goodness It’s not only honey that can help us look and feel our best, but the other products found in the hive too. Beeswax for example is an excellent and intense moisturiser for chapped lips, hands and feet, while propolis – the brown, gum-like substance that bees make from tree sap to protect and seal their hives – is highly antiseptic and antibacterial. Propolis is full of antioxidant-filled flavonoids and is often used in products to treat problems such as acne.

The female worker bees in the hive produce food for the queen and her larvae called royal jelly, thought to have strong youth-giving properties, which is often added to beauty products. However, royal jelly is unlikely to have any effect as it is used in such minimal quantities in products – but it might help keep skin moisturised.

No pain, no gain

Bee venom, often applied to the skin with a sharp prick from the back end of a bee, is now used in some beauty creams to fool the skin into thinking it has been stung – this rush of blood to the toxin-affected area is said to boost collagen and elastin production, leading to plumper, tauter and stronger skin. However, bee enthusiasts warn that bees are given electric shocks to panic them into releasing their venom for collection, making this a questionable and unethical practise.

Honey that comes from outside the UK, and especially those countries not in the EU, can come with a risk: some bees are artificially fed corn syrup, rather than natural flower nectar. There was also controversy surrounding Chinese honey in 2002, when all Chinese honey was removed from the supermarket shelves after traces of the harmful antibiotic chloramphenicol was found in honey, with brands such as Tesco Finest and Gales included. Chinese honey counts for around a quarter of all exported honey and, because it is cheap, some countries are keen to import it before bottling and claiming it as their own.

Buying local honey is also thought to help hay fever sufferers thanks to its local pollen content. Pollen may be one of the most beneficial parts of honey so, if it’s pollen you’re after, avoid filtered honey varieties which strain it away. And don’t be put off by cloudy honey as this is natural crystalisation and shows that it hasn’t been processed and is more likely to have retained its antibacterial, antifungal and antiviral properties. Creamed or ‘set’ honey is simply honey that has been whipped up to break down the sugar crystals so the honey sets (a bit like whipped cream).

Manuka honey, thanks to the amazing health-giving properties of the manuka plant, is more antibacterial than most honeys and can be used to soothe sore throats, coughs and colds, as well as help boost the immune system. It is more expensive though, especially the properly accredited brands which carry UMF ratings (Unique Manuka Factor): the higher the rating, the more properties the honey is likely to posess. As a general rule, a manuka honey with a rating of around +10 is a good guideline.

Children under the age of 12 months should not be given plain honey due to the small risk of contamination with botulism, and pregnant women may like to take their health professional’s advice.

– How coffee can reduce rosacea 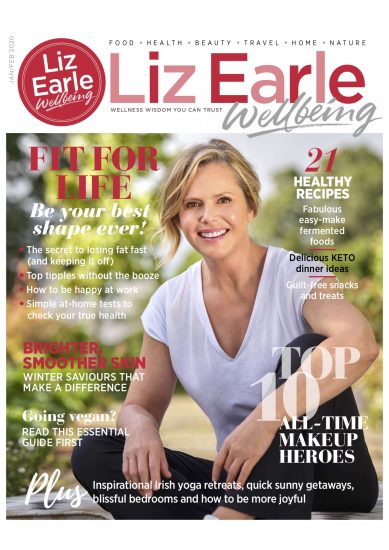