Hypothyroidism (or an underactive thyroid) is where the thyroid gland is unable to make enough thyroid hormones.

The thyroid is a small butterfly-shaped gland at the front of the neck, just behind the windpipe. It distributes two essential hormones known as triiodothyronine (T3) and thyroxine (T4). These influence nearly all metabolic processes in the body, from how we turn food into energy, to how we regulate temperature.

In the case of hypothyroidism, being unable to make enough thyroid hormones causes many of the body’s functions to slow down. Here, we explain what you need to know about this condition, with advice for seeking treatment.

What are the symptoms of hypothyroidism?

Symptoms of hypothyroidism include:

It’s worth noting that not all symptoms develop in all cases, and the severity of symptoms can vary (this is the same with hyperthyroidism). Symptoms usually develop slowly over months and years as our levels of T3 and T4 gradually fade away.

Hypothyroidism is 10 times more common in women than in men. It usually strikes in adulthood and becomes more common with age. In the UK, an estimated 2% of the population are afflicted with the condition.

The most common cause is an autoimmune disease called autoimmune thyroiditis. This is where antibodies produced by the immune system mistakenly attack the thyroid and other healthy tissue. Under attack, the thyroid isn’t able to produce enough T3 and T4, and so levels in the blood begin to dwindle.

We don’t know what triggers the production of these aggressive antibodies, but we’re more likely to develop autoimmune thyroiditis if we have a family history of the condition or have another condition such as Down’s syndrome, Tuner syndrome, pernicious anaemia, Type 1 diabetes, POI, coeliac disease, Addison’s disease or vitiligo.

A simple blood test can diagnose an underactive thyroid. It can also rule out other conditions (such as an estrogen or iron deficiency) that may be making you feel sluggish and tired.

The gold-standard treatment for an underactive thyroid is to take levothyroxine tablets each day. This replaces the hormones that the thyroid gland is struggling to produce and restores normal metabolic function. Most people feel much better soon after beginning treatment and will need to continue the treatment for the rest of their life.

While there’s no evidence that soya or any other estrogen-mimicking foods (phytoestrogens) affect thyroid function in people with healthy thyroids, they can inhibit the absorption of levothyroxine. The same goes for iron or calcium supplements. For this reason, the British Thyroid Foundation recommends waiting four hours after taking medication to consume any soy-based foods or supplements.

In this episode of the Friday Five, Liz chats to Dr Louise Newson about the latest developments in long Covid research. Indulge in a delicious sweet potato soup recipe that comes with a warming kick. We’ve added a pop of taco... 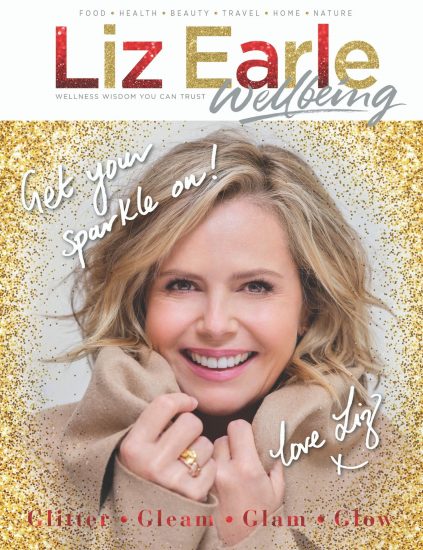