Rosacea is a common skin condition that mostly affects the fair-skinned among us. If you suffer from it, you’ll know that it causes a persistent redness and – in some cases – small bumps and pustiles across the chin, forehead, cheeks and nose.

Conventional drug treatment usually treats the secondary symptoms, rather than the flushing. This flushing is believed to be caused by a disorder of facial blood vessels, which become hypersensitive.

Although there isn’t a cure, there are many ways to help manage rosacea symptoms.

Rosacea is a chronic relapsing skin condition. Symptoms sometimes flare up badly and cause skin to become red, rashy and swollen.

Areas most commonly affected are the cheeks, nose, forehead and chin, but some people may develop more severe symptoms, such as inflammation in the front of the eye (rosacea keratitis), which makes eyes sting and feel gritty.

Sometimes the skin swells and thickens around the eye (lymphoedema). If this happens around the nose, it’s called rhinopyma, or bulbous nose.

No one knows the underlying cause of rosacea and it’s difficult to treat.

Some doctors believe that the only effective way to treat rosacea is to ‘shut the blood vessels off’ with laser treatment. This is used in conjunction with lifestyle changes and skin-calming products.

But, even if this works, it’s unlikely to be a permanent cure and may need to be repeated one to three years after the first treatment.

What causes flare ups of rosacea?

Flare-ups of rosacea can have a wide range of triggers and include:

Research shows that those with rosacea may not produce enough stomach acid (HCI). This acid helps digestion, so supplementing your diet with this at mealtimes can improve symptoms.

Additionally, stress often interferes with HCI production, and you might notice worse symptoms when stressed.

Drugs that cause blood vessels to dilate are another risk factor. A small skin mite (Demodex follicorum) occurs in far greater numbers on the faces of rosacea sufferers. This may well be an exacerbating factor, stimulating an immune response that results in inflammation.

It’s also possible that reproductive hormones may be involved. Many women report more flushing episodes and bumps at the mid-month point of their menstrual cycle and during the menopause.

Rosacea is complicated, so start by identifying individual triggers and avoiding them as much as possible. After that, it’s a case of following an anti-inflammatory regime in much the same way as for acne, including diet, stress management, supplements and soothing topical products.

Essential Fatty Acids are a good place to start for supplements as they can have an anti-inflammatory effect and may help to balance hormones. In one study, a comprehensive fatty acid supplement containing omega-3, 6 and 9 (Ultimate Beauty Oil, by Viridian) significantly helped some participants.

Pycnogenol, an extract from the marine pine bark tree, also has a powerful anti-inflammatory effect and supplements may help.

A good quality probiotic will also support beneficial bacteria in the gut, many of which are known to have an effect on the skin and help control inflammation.

Topical treatments and creams for rosacea

Laser treatment and intense pulsed light treatment (IPL) are when narrow beams of light are aimed at the blood vessels visible on your skin, causing them to shrink.

IPL and laser treatment cause minimal scarring to the surrounding area, but you may need to have it up to four times for it to be successful. You’ll need a referral from a dermatologist and, not usually available on the NHS, it can be expensive.

Ivermectin cream is a relatively new medicine, and is not available on the NHS everywhere, but it’s thought that it’s gentler on the skin and more effective than metronidazole.

If you are dealing with a severe case of rosacea, an oral antibiotic such as isotretinoin (used in higher doses to treat acne) may be prescribed. Don’t forget to always take a probiotic supplement during and after any course of oral antibiotics to help preserve beneficial gut bacteria and gut health.

Medicines that relax the blood vessels such as clonidine and beta-blockers may also work, as well as some anxiety medications. See an eye specialist if more severe symptoms occur around the eyes.

The future of genetic testing with Emma Beswick

Emma Beswick discusses how exploring our own unique genetic blueprint can inform our wellbeing choices.

Liz shows you how to make a hydrating hair mask using the wellbeing goodness of apples to make your hair shine. 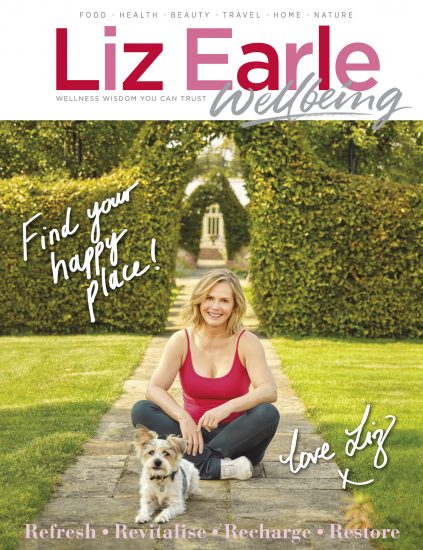